In Duke is academia’s meanest trademark bully, Cory Doctorow argues what I’ve been feeling for a long time:

Law has a bullying problem

In my last company, as founders do, I wore many hats, especially at the start. One of them was the Legal hat. I like to take my work seriously, and so I read through most of the legalese the company would have to accept to do business with a customer, to hire contractors or employees or just to use some software-as-a-service.

Most contracts I came across were good-hearted attempts to give the party handing out the contract some legal leverage, and do what any company would want: To dispel as much liability as possible, to find a way to uphold the contract (and payment) even when bad or no service was provided, things like that. Of course those contracts are no delight to read. It’s work. And it’s a nasty feeling when you find someone tries to dupe you with their fine print.

Most of those pieces were rather general “Terms & Conditions” style contracts, and much more often than I would have thought, they had points you can’t agree with if you take them seriously. Still, sometimes I would go and give companies with bad contracts a chance to show us they are better than that, and more often than not, it worked out OK.

The situation is similar, but with more on the line, when we tried do to business with a large company. Larger clients would sometimes hand us some 30, 50 or more pages of legalese, which we would be required to accept to do business with them. Usually, most passages wouldn’t apply to us, as often is the case with these big packs of paper. The rest was sometimes far overreaching, sometimes downright humiliating.

Sometimes you can strike out a passage that’s clearly in the way, and while this delays everything, I think it’s the right thing to do: Show companies how they are harming themselves by giving out bad contracts.

But the situation is, of course, not in your favor: You’re a small company, and want to work for a large client; what do you do? You swallow your pride, the feeling that someone seems to think you are a bit slow and that they can take advantage of you. And go on.

I feel Cory Doctorow has a point: This situation often doesn’t stem from a business or legal requirement. It’s a hobby of people who sought out this profession exactly because of that quality:

There are many fields where esoteric knowledge gives you the power to coerce others, but the law is especially bad.

There is a toxic strain of competitive sadism in the law, an ethic of victory through someone else’s humiliating defeat.

Law can do good, and it often does. It saddens me when I find attempts to trick people, to bully and subdue people.

Every time you hand out some legal text, you have a chance to be better than that. 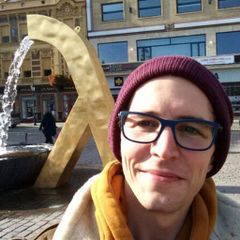